Are you an architect, or a project manager?  Perhaps a planning consultant, advising on scheme viability, getting the client past all those planning hurdles?  If so, then unfortunately, if things go wrong, you can count on the finger being pointed at you if a right of light problem arises.

Although often overlooked at all stages from site appraisal through the design process, Rights of Light really do need to be considered all through the process as the implications of not doing so can be significant for all building professionals providing a service to developers.

We often find that we do not become involved with a development project until a dispute has arisen because rights of light have not been adequately considered at an early stage in the progression of the scheme design. However, the implications of getting it wrong regarding a development (of any size including small domestic extensions) can be extremely disruptive and expensive.

Most windows in buildings which have enjoyed light through them for at least 20 years will have obtained a right to light. A development significantly affecting the light through such a window could create a legal injury. The legal remedies for an injury are either compensation or an injunction, with the latter requiring re-design or even demolition of the offending structure.

We often find that assumptions have been made that potentially affected windows do not have a right to light, but this could be an incorrect and risky assumption – such windows might be blocked-up windows, windows to non-habitable rooms or windows with obscure glazing for example. Also, it is worth bearing in mind that 20 years enjoyment now means that windows from the mid-1990s will have probably obtained a legal right of light.

Although, sometimes, schemes may proceed at a risk of a legal Rights of Light challenge from a neighbour, this must be a decision taken by the client/developer based upon a Right to Light risk assessment and not a decision to be taken without any such information or one to be taken by the Architect, Planning Consultant or Project Manager.

Conversely, on the positive side, a Right to Light risk assessment can assist with maximising the site development potential whilst minimising the risk of an injury to the neighbouring buildings. 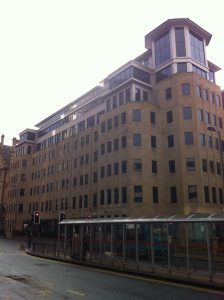 Over the recent years there have been cases which have indicated the legal system’s increasing willingness to award an injunction against a developer rather than simply damages. In the ‘Heaney’ case, dating from 2010, the Court ruled that Highcross had to demolish the top two floors of a Leeds city centre building, which was completed and had tenants, at an estimated cost to them of £2.5 million.

The case of HKRUK II v Heaney in Leeds focussed the minds of those involved with development site acquisitions and Project Managers.

Rights of Light should be on ‘tick-lists’ as one of the many matters to be checked.

Due diligence regarding the purchase of development sites and for lending institutions should ensure that Rights of Light of neighbouring buildings have been fully considered and assessed. An injunction obtained by a neighbour as the result of a Right to Light claim, could make it impossible to construct the development regardless of whether it had previously obtained planning permission and other statutory consents.

Many banks have rights to light on their ‘tick list’ of matters requiring consideration during the appraisal of a development scheme for lending purposes.

Project Managers also need to be fully aware of the risks and should arrange for adequate consideration and appraisal of the risk of Right to Light claims to protect the client’s interests and avoid potential claims against themselves.

We can assist with risk assessments for new developments to re-assure or, otherwise, at least to alert those involved to the potential risks, allowing for fully informed decisions to be made based upon facts. 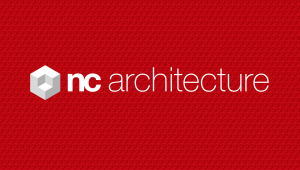 “I worked with Adrian on a planning application for a 11-storey development in Manchester City Centre which had particularly complicated over-shadowing and right-to-light issues, including extant light obstruction notices, which previously I had known nothing about. Adrian was very friendly and forthcoming with advice and operated as an integral member of the design team, helping us to understand the impact of various scales of development and ultimately obtain planning permission for the development by allaying planners concerns.”

For more information please get in touch!